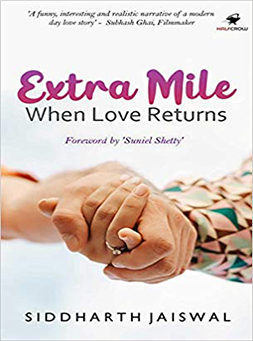 ‘I don’t change things so easily. Nor do I throw things or people out of my life so easily,’ Sonal said to Jai on meeting after more than a decade. They had first met on a train. He was headed back to college and she was going back to work. They felt an instant attraction, but Jai had a girlfriend and loyalty was his guiding principle.

Life made their paths cross again. Time changes everything, be it the way people think or their priorities. When they meet again many years later, it starts as a professional relationship and then becomes something different.

Buy Now
Publishing house that is one with your creativity, passion, and values

Email : sales@halfcrow.co.in

© 2021 Half Crow. All rights reserved
Powered by Website Drona Developed By Envy Designer